Louise Minks was first trained as a historian. Now that she is a professional artist, she enjoys linking history and art in her paintings, writing and also in special programs for the public. 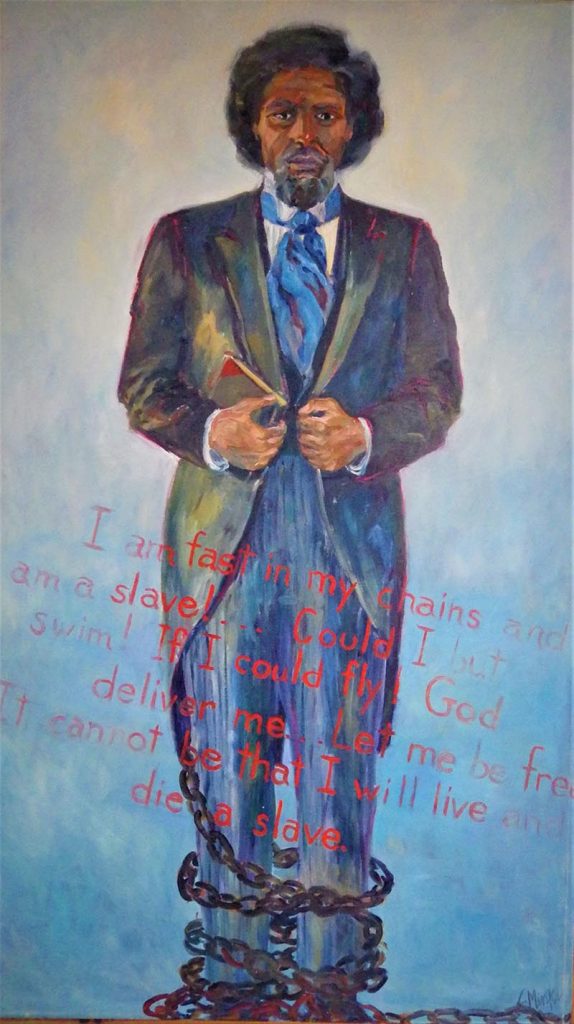 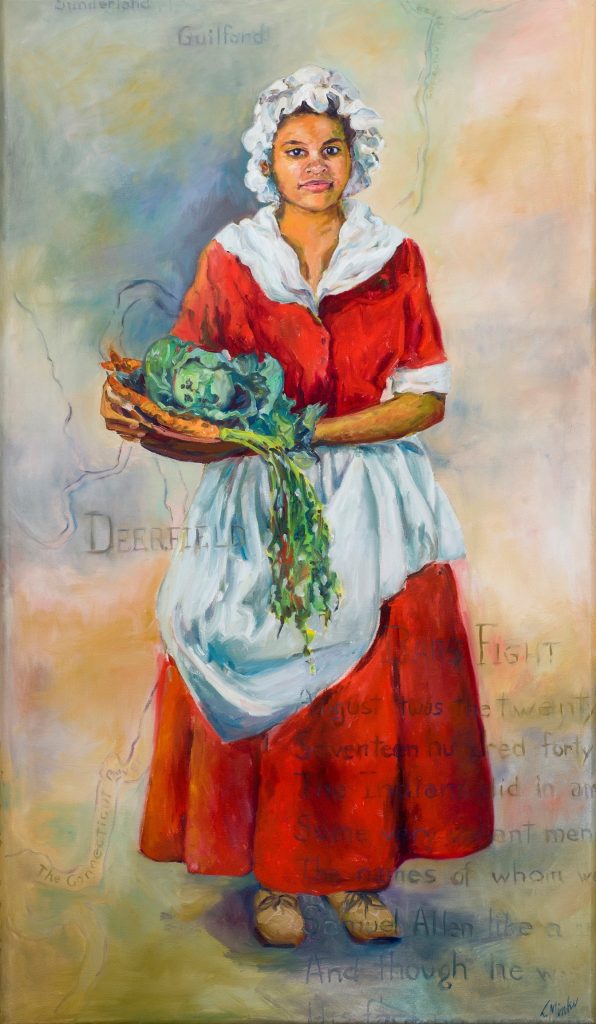 In 1993/4, Louise Minks painted ten near life-size portraits of African Americans, five from the past and five from the present. They included Lucy Terry Prince, Sojourner Truth, Ida B. Wells, Frederick Douglass, Rev. Martin Luther King Jr., Horace Boyer, Janis Hadley, Mary Wyatt, John Lollar and Jennifer Hines. The series was created by Louise as a personal art expression about African Americans whose lives and writings influenced her. It then became an educational tool as the paintings toured for over fifteen years to elementary and secondary schools, colleges, libraries and other locations in New England. Pocumtuck Valley Memorial Association, Deerfield MA, gave Louise the gift of a studio space for creation of the paintings, and her Lucy Terry Prince painting is now on permanent loan to PVMA’s Memorial Hall Museum in Deerfield to highlight Lucy’s special history in Deerfield and her presence in its slave community in the mid-1700s.

Lucy’s mistress, Elizabeth Wells, taught her to read and write, and Lucy became well known for her poems, many of which became ballads set to music. One poem became famous as a historic record of one of the last Indian attacks on Deerfield. Lucy’s husband, Abijah Prince, bought her freedom, and they became founding settlers in at least one Vermont town. Lucy went to court more than once to protect their land from being claimed by a neighbor and to stop ongoing vandalism to their property. Three of their sons served in the Revolutionary War, and Lucy was so highly regarded as an intelligent, resourceful and courageous woman that when she died, a prominent Black clergyman wrote her obituary for the Rutland VT newspaper.

On June 19, 2020, the museum sponsored a full page advertisement in the Greenfield and Northampton MA newspapers of the complete portrait series to honor the official announcement on June 19, 1865, of the end of slavery nationally in the United States. On June 17, 2021, President Joe Biden signed into law the official annual observation for June 19 to become Juneteenth National Independence Day. 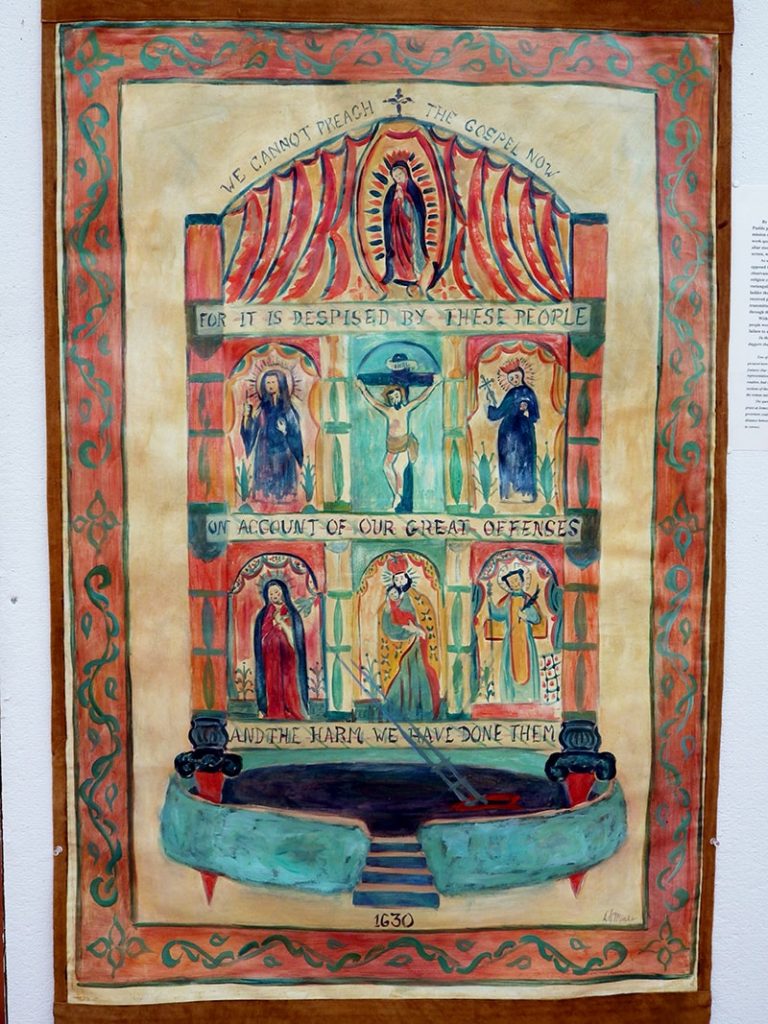 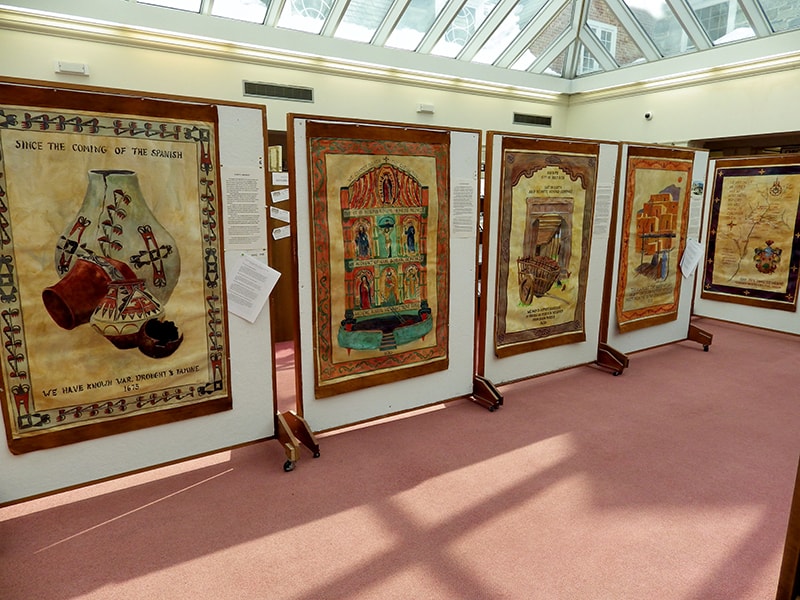 The First American Revolution:  The Pueblo Revolt of 1680

As artist-in-residence for two months in 1997 at the Wurlitzer Foundation in Taos, New Mexico, Louise Minks created ten large paintings interpreting the only successful Native American resistance to the European invasion and control of North American territory.  The paintings are modeled on the historic hide paintings typical of the 16th century in New Mexico. 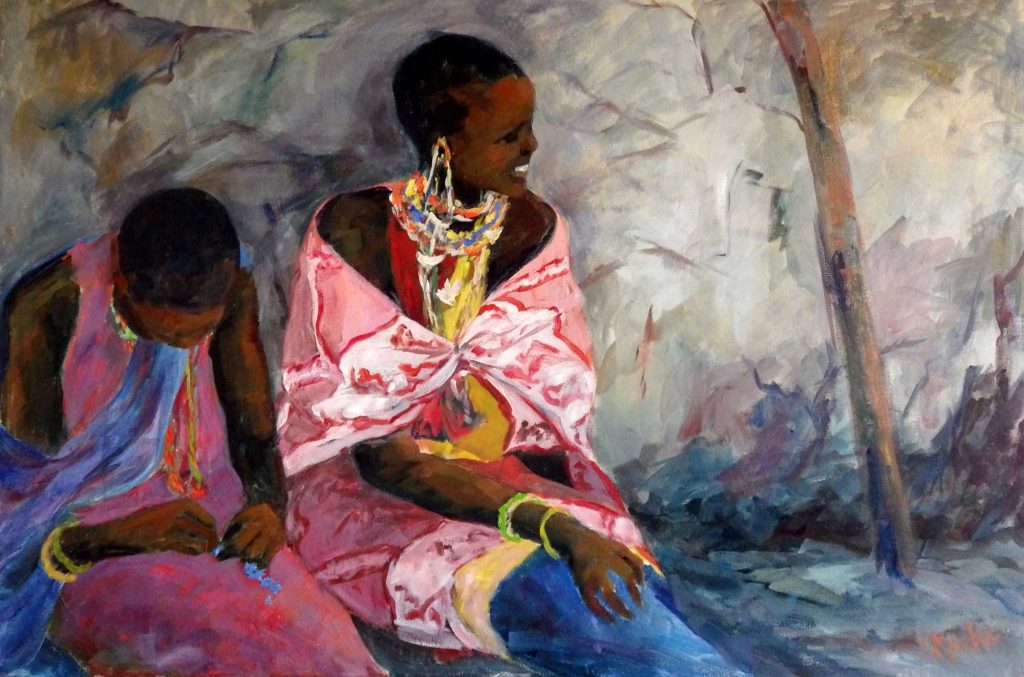 A series of paintings of people and animals of Kenya, it was developed after travel to that country in 1990, including the handmade book, African Album. 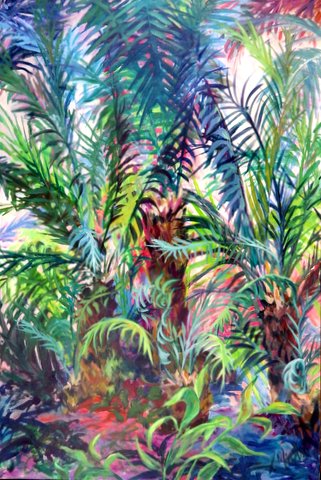 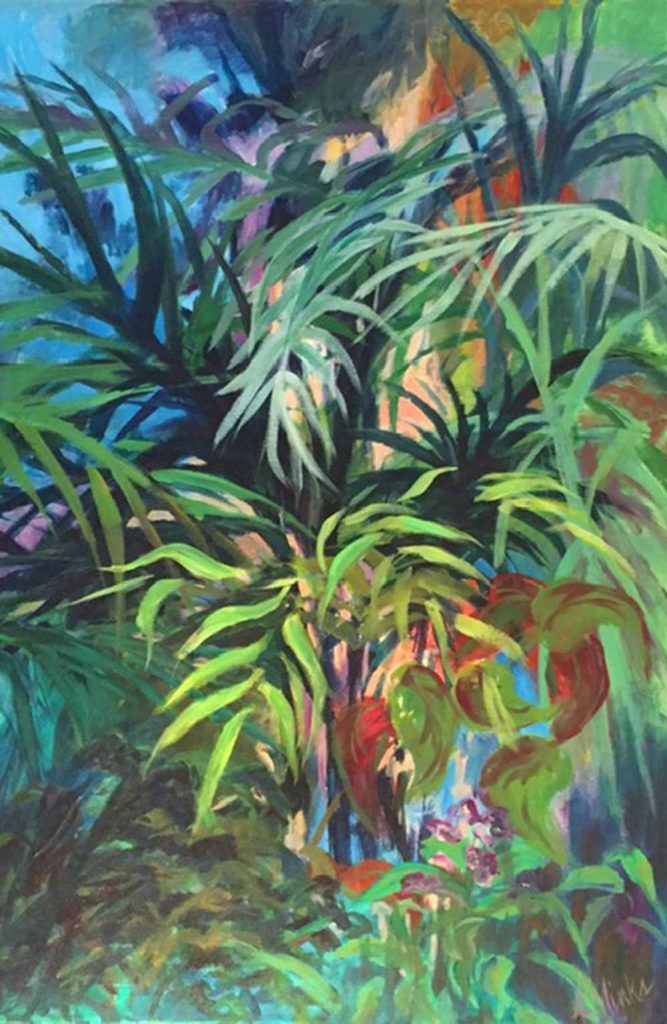 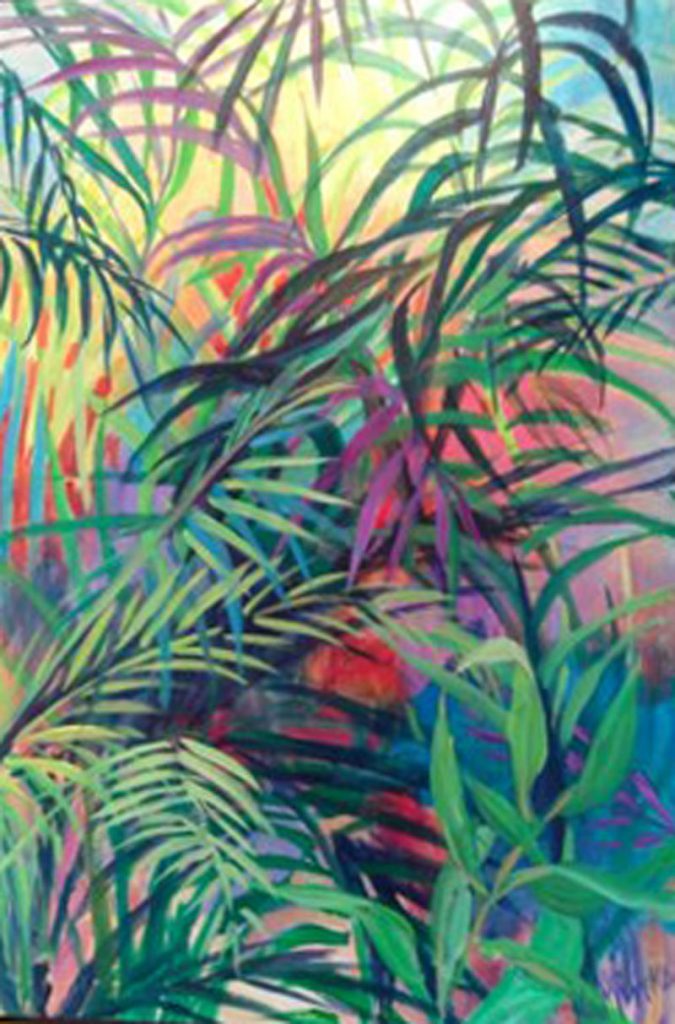 This series of paintings highlights tropical rainforest plant life, based on travel in Costa Rica and Guatemala in 1995. 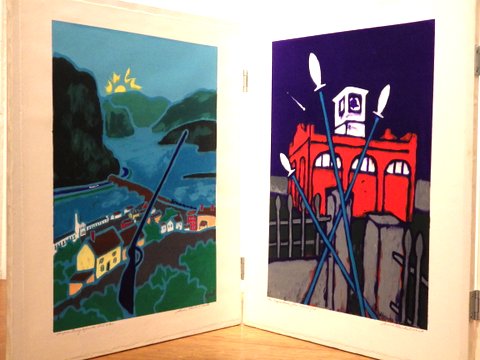 Harpers Ferry, the Civil War and the Massachusetts Connection

As artist-in-residence for a month in 2002 at Harpers Ferry National Historical Park, Louise Minks developed a series of paintings and silkscreen art works about the African American history of Harpers Ferry and links with Massachusetts locations like Springfield and figures including John Brown and Frederick Douglass. 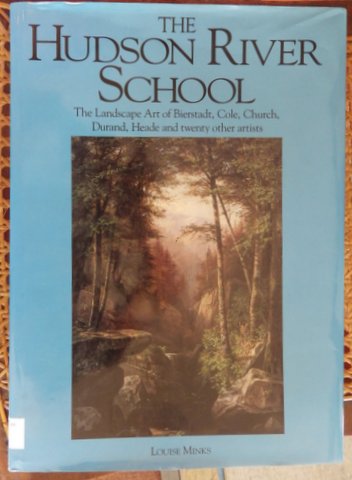 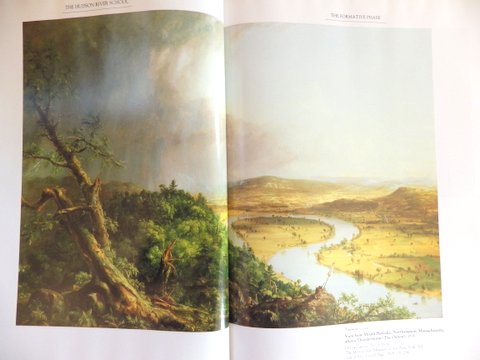 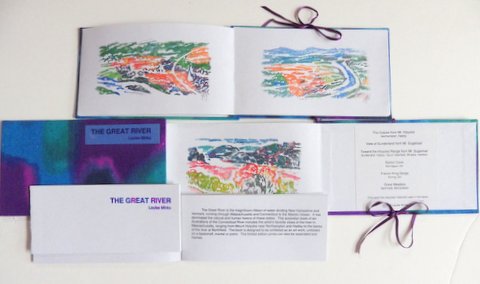 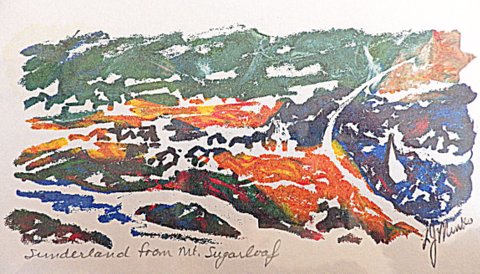 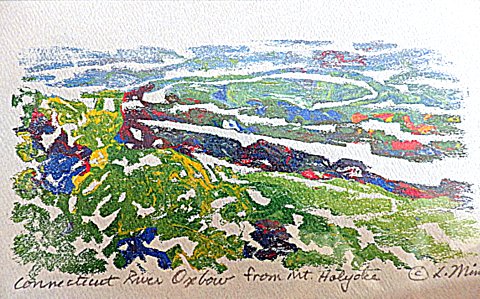